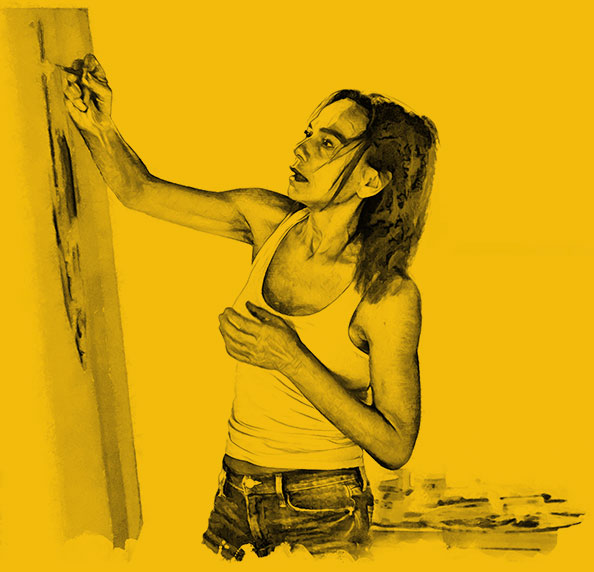 Celebrated as a versatile, intense leading lady, Academy Award nominee Lena Olin is widely considered to be the greatest actress to come out of Sweden since Ingrid Bergman.

While still in drama school, Olin made an auspicious on-screen debut under the direction of the legendary Swedish auteur Ingmar Bergman in Face to Face. She continued working with Bergman on stage and screen, playing roles in the films Fanny & Alexander (winner of four Academy Awards, including Best Foreign Language Film) and After the Rehearsal.

Olin’s English language film debut was The Unbearable Lightness of Being, in which she played an artist, starring opposite Daniel Day-Lewis. This breakout role led to international fame, and Olin went on to work with directors such as Stephen Daldry (The Reader), Sidney Lumet (Night Falls on Manhattan), Roman Polanski (The Ninth Gate), Sydney Pollack (Havana), and Lasse Hallström (Chocolat). She has also been a co-star with actors such as Richard Gere, Robert Redford, and Johnny Depp.

On television’s Alias, Olin portrayed the iconic Irina Derevko, the mother of Jennifer Garner’s character. She has starred in the television series Riviera as well as having a recurring role in the Amazon series Hunters. Olin is married to the director Lasse Hallström and lives in New York.

Dern’s revelatory portrayal of Woody Grant in Alexander Payne’s Nebraska earned him a Best Actor nomination at the Academy Awards, the Golden Globes, and the BAFTAs. His turn in Nebraska also garnered him a Best Actor Award from the Cannes Film Festival and the National Board of Review.

Other notable recent performances include Quentin Tarantino’s films The Hateful Eight and Django Unchained as well as a recent turn in Once Upon a Time in Hollywood. His portrayal of Frank Harlow on the HBO hit Big Love earned him an Emmy nomination as well as a new generation of fans.

Dern is an avid runner, and estimates that he has run 110,000 miles in his lifetime. He and Diane Ladd are the parents of actress Laura Dern. In 2010, the three of them received stars on the Hollywood Walk of Fame, the only family in history to receive this honor in one ceremony. 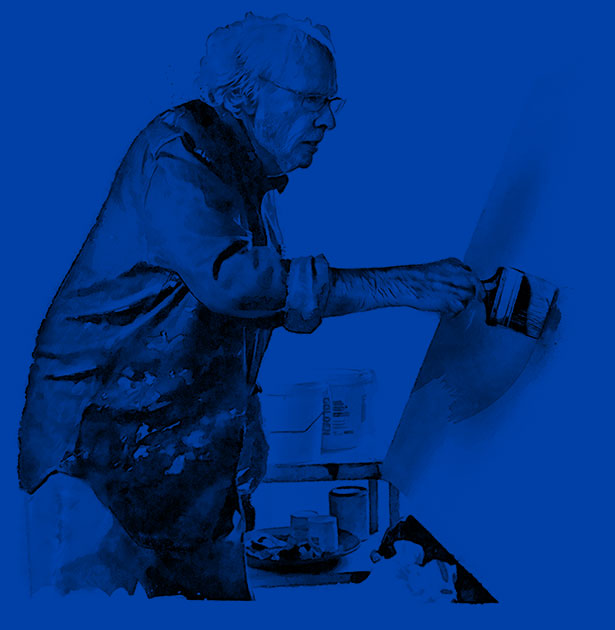 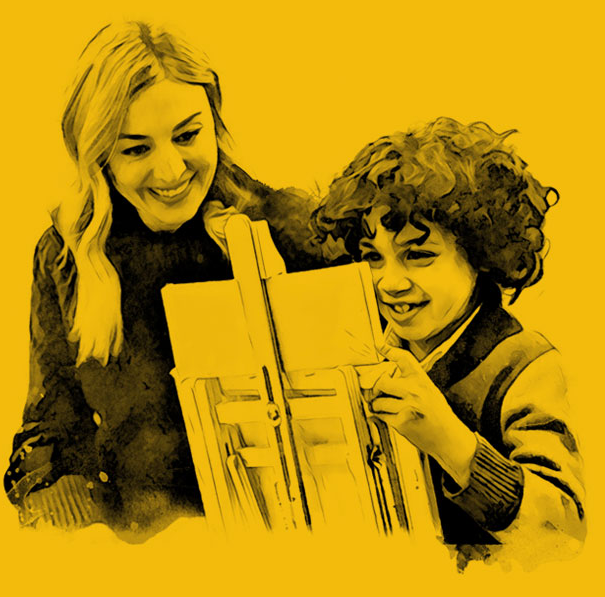 JULIET RYLANCE (Angela) has stunned audiences with her brutally honest performances on television, in films, and on the stage. She has appeared in such beloved films as Frances Ha and A Dog’s Purpose, and opposite Clive Owen on Steven Soderbergh’s groundbreaking television show, The Knick. Early in her career, after graduating from the Royal Academy of Dramatic Art, Rylance took on the role of Medea in Neil LaBute’s Bash at the Union Theatre in London. From there, she played such iconic roles as Juliet, Cressida, Rosalind, and Desdemona. She has appeared at Shakespeare’s Globe Theatre, The Old Vic, and the Brooklyn Academy of Music, and been directed on stage by such notable directors as Sam Mendes. In I Am Shakespeare, written by her stepfather, Mark Rylance, she portrayed British writer Mary Sidney. For her work on the stage, Rylance has been nominated for a Lucille Lortel Award and an Obie Award. Rylance’s film credits also include Sinister and its sequel, Sinister 2, Love After Love, and Days and Nights, which she also produced. On television, she has also appeared in McMafia and American Gothic. Rylance can currently be seen starring opposite Matthew Rhys in HBO’s critically acclaimed series Perry Mason.

AVAN JOGIA (Danny) has repeatedly distinguished himself as a talented young actor to watch in films such as Zombieland: Double Tap, Shaft, Paper Year, A Midsummer Night’s Dream, A Year of Spectacular Men, The New Romantic, The Exchange, I Am Michael, and Ten Thousand Saints. On the small screen, Jogia recently starred in the series The Stranger, directed by Venna Sud. He was also one of the young leads of Now Apocalypse, directed by Gregg Araki and executive produced by Steven Soderbergh. Other TV work includes Ghost Wars, Tut, Twisted, and Last Teenagers of the Apocalypse, for which he also wrote and directed four episodes. Jogia directed his own short film, Of Dogs and Men, and will soon direct his first feature, Door Mouse. A star since his early teens, Jogia was featured as one of the faces for the Kenzo fashion brand and has been shot by Annie Leibovitz for Vogue. In addition to his accomplishments in TV and film, Jogia’s popularity across a variety of social media platforms has grown to almost 8 million followers. 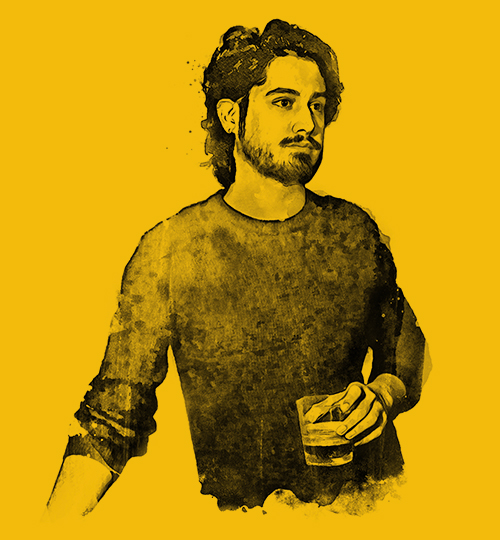 STEFANIE POWERS (Ada Risi) is an internationally renowned star of television, stage, and screen. She continues to be widely recognized for her iconic leading role in the long-running television series Hart to Hart, where she played opposite Robert Wagner. Having starred in over thirty motion pictures, Powers’ film career began when she was put under studio contract with Columbia Pictures at age 16 and went on to work with screen legends such as John Wayne, Ava Gardner, Maureen O’Hara, Tallulah Bankhead, and Roger Moore. She has appeared on such celebrated television series as Bonanza, The Girl from U.N.C.L.E., Love, American Style, The Streets of San Francisco, McCloud, The Mod Squad, The Rockford Files, The Six Million Dollar Man, and The Bionic Woman. A two-time Emmy and five-time Golden Globe nominee, Powers was awarded a star on the Hollywood Walk of Fame in 1992. She is the founder and president of the William Holden Wildlife Foundation, established in 1982 to further her long-time partner’s conservation work in East Africa after his death.  As a breast and lung cancer survivor, Powers is also an outspoken advocate for cancer awareness.

CATHERINE CURTIN (Joyce) has enjoyed recurring and memorable roles on such era-defining television shows as Orange is the New Black, Homeland, Insecure, Stranger Things, and The Loudest Voice. Her film work includes Bad Education, The Wolf of Wall Street, The Bourne Supremacy, Extremely Loud and Incredibly Close, and Worth. Among Curtin’s theatre credits are productions of Burning, Consent, The Lady from Dubuque, So Help Me God, and Love, Janis. Curtin is a graduate of Princeton University and a member of the prestigious Actor’s Studio and The Ensemble Theatre.

TONYA PINKINS (Liza Caldwell) is a Tony Award winner and three-time Tony Award nominee for her performances in Caroline, or Change, Play On!, and Jelly’s Last Jam. In addition to her widely lauded theatre career, she can be seen in such television shows as Madam Secretary, Fear the Walking Dead, The Strain, and Scandal. Her film credits include Enchanted, Fading Gigolo, and Newlyweds. Pinkins’ writing and directing debut, the independent film Red Pill, will be released soon.

CARYN WEST (Dr. Sheila Abrams) is an award-winning actress with many television, film, and top regional theatre leading role credits. Her Broadway work includes Crimes of the Heart, The Nerd, and Dancing at Lughnasa. As Sonia in Vanya and Sonia and Masha and Spike at the Hartford Stage, she won the 2014 Connecticut Critics Circle Award for Outstanding Featured Actress in a Play. Recent TV credits include NCIS, Chicago PD, and Grey’s Anatomy. West is also a well-respected acting coach in West Hollywood and New York City.

RAVI CABOT-CONYERS (Gogo) can currently be seen alongside Rashida Jones and Kenya Barris in Barris’ single-camera Netflix comedy, #BlackAF, where he stars as a series regular. Previously, he had a recurring role on the CBS All Access original series Tell Me A Story. On the big screen, he enjoyed a leading turn opposite Glynn Turman in Stephanie Turner’s feature Justine and a supporting role alongside Martin Freeman in the Jason Winer-directed film Ode to Joy. 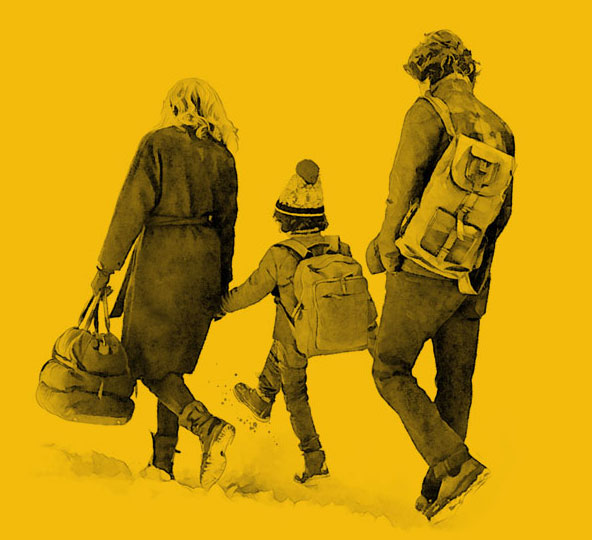