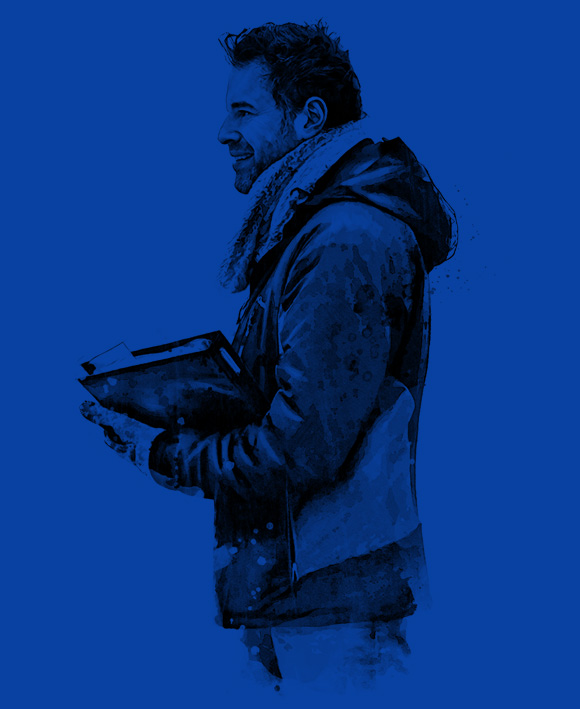 Tom is the founder of Water’s End Productions, where he and his team have developed a slate of narrative features and documentaries with the goal of supporting provocative and challenging human stories.

The company funded the development of the Academy Award-winning film Call Me By Your Name, on which he served as an Executive Producer. Tom and Water’s End have also produced the critically acclaimed films Little Men, Regarding Susan Sontag, Scotty and the Secret History of Hollywood, The House of Tomorrow, and Little Woods, among others. Upcoming projects include an adaptation of the novel Women in Sunlight by New York Times bestselling author Frances Mayes (Under the Tuscan Sun).

Tom is also the author of four novels, and his writing has appeared in The New York Times, The Village Voice, and the San Francisco Chronicle, among others. Born in London and raised in San Francisco, he is a graduate of Yale University, where he received his B.A. in the history of art. He lives in Los Angeles with his two daughters. For many years, he had a house in Wainscott, NY, right next to East Hampton.

The Artist’s Wife was conceived out of several impulses: First among these was my desire to explore “the woman next to the man” in a marriage between two creatives. I also wanted to create a film reflecting some of the life-changing experiences I had seen my mother go through with my father having dementia. Finally, the film’s story demonstrates much of what I personally believe about commitment, loss, reconnection, and the healing—albeit painful—powers of creativity and forgiveness. Over one bleak winter in the Hamptons, when my father had recently been diagnosed with Alzheimer’s, I started sketching out the story for The Artist’s Wife.

I knew from studying art history that our cultural legacy was filled with female artists who have supported their more famous husbands or partners. Lee Krasner. Elaine De Kooning. Camille Claudel. Dora Maar. The Artist’s Wife is a tribute to these women, a contemporary imagining of the journey of the stronger woman next to the man – and what happens when the relationship begins to crumble due to circumstances beyond either person’s control.

The experience of the middle-aged woman as she enters the third act of life is often ignored in our filmic landscape. In The Artist’s Wife, Claire’s passage is about new beginnings, about rediscovering the parts of herself that she left behind during the early years of her marriage, as well as recognizing qualities she never knew she had.

Stories about women spending their lives supporting their husbands are not, rightly so, where our culture is oriented today. They may strike us as retrograde or well-trodden ground, not worthy of exploration. In The Artist’s Wife, we wanted to reclaim this narrative, showing the tail end of this journey of living in – and coming out of – the shadows. Though we see Claire making great sacrifices, with dignity, to the film’s conclusion, we know she has a future beyond that with her husband. Claire’s story, the part we see, is one of commitment, of sticking with the life she has chosen, at least until circumstances change. My hope is that The Artist’s Wife honors the many women and men who have stuck by their partners, artists or otherwise, through challenging circumstances.

Though the film’s story begins with Richard’s disease inciting a series of incidents, The Artist’s Wife is not an “Alzheimer’s movie” in the traditional sense. Though there are many fine films in this subgenre, our story is instead about the caregiver, about Claire’s experience with the disease. Seven years ago, I was inspired by what my mother went through in supporting my father in his struggle. As the years went by after his death, I noticed that in films, the perspective of the caretaker was largely ignored. Whether one views our story as an Alzheimer’s movie or not, Richard’s dementia represents to Claire a call to reclaim her own past when it is, like his memories, in danger of slipping away. His illness prompts her passage into her creative soul, not initially to protect his dignity, but to save her own. As these two goals collide at the end of the film, she must make the decision that is right for her.

Society and popular culture have told us that the years around sixty are about slowing down, about retiring, a word that originated as meaning “to withdraw to a place of safety or seclusion.” But why should the third act of life be one of retreating, repressing, hiding? My hope for Claire at the end of the film is that she is ready for a new chapter, one in which she will shine as brightly as her husband once did. “The problem with being constantly surrounded by bright lights,” she says, “is that they make you feel there’s already enough light in the world.” May the film’s narrative allow Claire to release this belief and let her talent run free, its brilliant beams lighting up the sky.